Linden is a true heroine / a useless whiny bitch / a questionable character who may be dunno what. She kicks ass / whines and does nothing / is occupied in various activities. Together with Thomas Covenant and other characters from the books about him, she saves the land / gets in the way of the real hero / aims at some results with various and questionable success.

Linden is depicted as a voluptuous (well, reasonably voluptuous, but certainly not on a par with even a flatter-chested Giantess) woman with wheaten - presumably as opposed to ryeish or barleylike - hair, some premature worrylines around her mouth, and a cool, businesslike façade. Beyond this relatively normal façade roils a veritable turbulence of angst and self-doubt contributing to blacker than black moods which any death metal lyricist would be proud to achieve during songwriting. In the 2nd Chronicles, she has reached the age of 30. She does not indulge in pink frills, but wears regular jeans, a red flannel shirt, and sturdy boots.

By the era of the 3rd Chronicles, ten years later, she retains the appearance of a comely mama bear, with some gray around her temples and a slim enough figure to still set the hearts (and sickeningly also the loins) of fanboys aflutter.

Fans, Thoolahian cultists and the undecided meh-attitudists in-between experience a spectrum of reactions stretching from infrared all the way beyond ultraviolet over this character, particularly what with her tendency to weep in every other paragraph and to continually get lost in despairingly agonized self-analysis, a thing which all too often prevents her from achieving anything at all. Some cannot stomach such a trauma-laden stressball; some identify and sympathize with her due to reasons of their own.

The author adores Easter eggs and double meanings of all kin. Hence any main character's name deserves some further digging into, and in the worst case it may conceal minor spoilers within.

Linden is a type of tree. As such, it may refer to her ultimate purpose to form a new Staff of Law, the core of which always has to contain some fibers from the local World Tree. The leaves and wood of this particular plant have been used for millennia as treatments for various ailments from headaches to infections; Linden's main aptitude lies in healing. Furthermore, ants like to farm the tree's nourishing sap, which results into the sticky substance dripping everywhere; priests of THOOLAH revel in repeating their mantra about her tendency to weep.

Avery could be a homage to the famous Nobel-winning medical researcher Oswald Avery. Somewhere in the dawn of times a smidgeon after the extinction of dinosaurs, Avery used to be a variation of Alfred, which in its original form stands for "elf/elven counsel".

However, dedicated Thoolahian scholars have also pointed out that Linden Avery's name is a direct anagram of:-

Needless to say, members of Linden's Army counter-claim that this is pure coincidence. It does seem odd, though...

Linden bears almost as many titles as her male counterpart (and oodles more, if one listens to the sermons of THOOLAH). Here are the official ones.

The Many Moods of Linden Avery

Need anyone say anything more?

And which is your alignment? 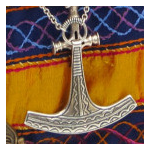 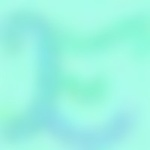